The Future of Facilities Management: 4 Technologies Changing How We Work 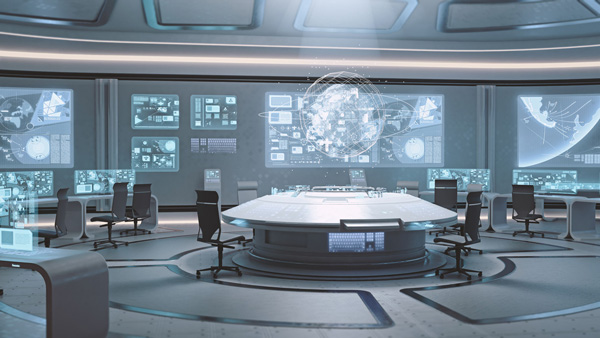 Automation has long been a focus for facilities managers, whether that has meant the installation of dynamic thermostats in offices or working with full building automation systems.

But a handful of technologies are reaching a point of maturity right now, and those tools are giving FMs unprecedented visibility to the built environments they manage. This new generation is changing the very nature of the facilities team’s work — and many people are concerned about whether they will even have a job in a few years’ time.

Let’s take a look at four maturing technologies (all of which have probably been on your radar in the last few years), then we’ll explore whether the new generation of automation technology is more likely to complement or outright replace the work facilities teams do.

The IoT is Making Predictive Maintenance a Reality

One of the great promises of the Internet of Things is connected devices will be able to let us know in advance when they need maintenance. So, instead of performing triage when a device goes down, we’ll be able to predict and budget for maintenance much more accurately.

This has huge implications for factories and manufacturing facilities. “Imagine the positive impact that it would have on a factory floor operation to never have emergency or unanticipated downtimes,” Epicor Software’s Kathie Poindexter writes at Automation World.

“How profitable could an operation be where maintenance would be scheduled during times that would have the least impact to throughput or capacity because it was being conducted on a predictive basis?”

John Ashodian at sensor intelligence company SICK says that industry powered by the IoT — often referred to as Industry 4.0 — will revolutionize whole supply chains because of this predictive maintenance capability (coupled with the fact that most machines will be largely autonomous and able to work with minimal human intervention).

Granted, predictive maintenance has been around in certain facilities for a generation, the team at Augury Systems writes. That means we have a good idea of what the benefits will be to other facilities once they have access to this technology.

So, just imagine what a regional medical facility or a city school could do by being able to predict maintenance the same way a manufacturer such as Boeing has been able to do for the last decade-plus. By the company’s calculations, a predictive maintenance program can: 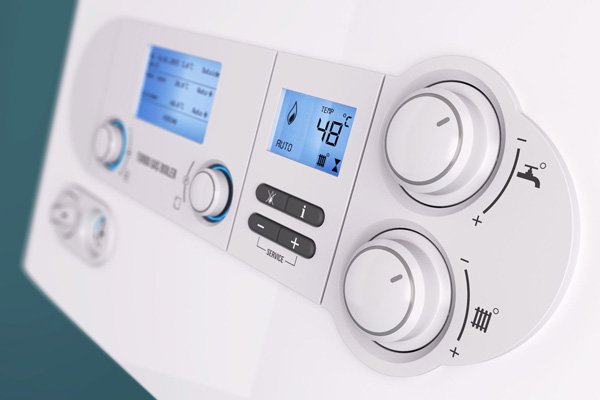 The World is Getting Better at Energy Management

Connected devices, as mentioned above, are giving FMs greater insights into how energy is consumed, and how best to reduce those costs. These devices pair nicely with the next-generation energy management software Aquicore’s Kelia Cowan describes on the company’s blog.

This software “can fill in the gaps left by BAS,” she writes, by offering features such as energy consumption analysis, equipment-level energy consumption data, and real-time intelligence that lets FMs and energy managers make smart decisions at a moment’s notice.

Over the last decade, the development of this kind of software, plus ever-smarter sensors, has saved building owners massively. From 2003 to 2012, Ellen Bell at Energy Manager Today writes, energy use among commercial buildings in the US fell 12 percent per square foot.

“Growing investments in energy efficiency — through technologies such as LED lighting, heating and air conditioning upgrades, and Building Automation Systems — are driven by passionate building managers who are promoting the twin concepts of financial and social value,” Bell says.

“Where once only larger properties tended to invest in efficiency, the small and medium-size commercial building market is now poised to grow by more than 60 percent to $38 billion by 2025.

“Smaller buildings have historically had less staff and access to funding for such projects. But now, due to a widespread emphasis on energy management and its ability to improve bottom lines, these smaller buildings are also beginning to explore simple energy efficiency upgrades and more complex retrofitting opportunities.”

The Internet of Things will help accelerate savings across the board, whether you manage a small facility or a massive campus, writes Carl Weinschenk, also at Energy Manager Today. “A generation of new measurement processes — and the sophisticated management tools that will they will make possible — are being introduced at a rapid clip,” he says.

“The bottom line is that three exciting are happening:

Timelines Will Be More Predictable With Artificial Intelligence

In the new Star Wars film, Rogue One, the robot co-pilot K-2SO has a recurring bit in which it estimates the likelihood of everyone’s survival during a mission or an escape. Of course, rebel fighters must go against the odds because, you know, that’s what makes adventure stories fun.

Although they’re used as a joke in the movie, K-2SO’s ongoing calculations are a useful illustration of how we will be interacting with intelligent machines in the coming years. Algorithms will help FMs get a much more precise idea of how long maintenance, renovation works and other projects will take.

“With the vast amounts of data we create and are beginning to collect throughout a project’s life cycle, we will soon be in a position to use that data to inform better decision making,” Allison Scott writes at theBIMhub.

“But getting to those decisions is an incredibly complex process, and that’s where machines are making it easier. Whereas human brains are naturally creative and great at pattern recognition, artificial intelligence can process information faster and simulate many outcomes based on an array of inputs.

“The result is a likely future where designers and AI-based applications can likely collaborate on designs — that future is closer than you might think.”

In fact, “collaborate” might not be the most accurate way of describing the human-bot interaction once AI finds its place in facilities management. As Steven Lambert writes at Facility Executive, FMs might find themselves in a more hands-off role.

“This ability to harvest ‘big data’ is already a driving force behind the expanding role of facility management in an organization,” he says. “The ability for a computer to analyze and apply this data itself would change this dynamic once again. It wouldn’t remove the role, but it might reduce it to a more advisory or oversight led position.

“For the foreseeable future, a real person will be needed to keep an eye on computer systems and make sure they function as intended. And as the scope of these systems grows, the demands of the role will grow with it.”

More on this advisory/oversight role in a moment. 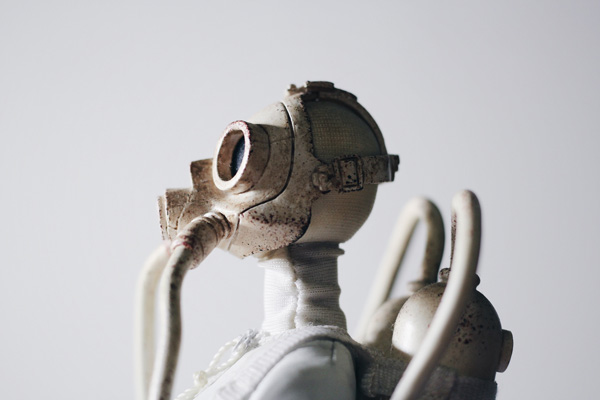 Soon, Autonomous Robots Will Be Driving All Over Your Facility

The self-driving car market is experiencing a bumpy start as those vehicles venture onto to public roads, but the technology is taking off on factory floors and in medical facilities, among other built environments.

In September, Stephanie Neil at Automation World featured OTTO Motors, a startup division of Clearpath Robotics, which was building robots to move materials around manufacturing and distribution facilities. OTTO Motors’ self-driving vehicles navigate spaces via onboard sensors, and they can learn and remember their routes.

“What is really interesting is that one of the company’s automotive clients has certified Otto1500 [the model with a 1500-kilogram payload capacity] to operate and navigate on manned paths,” Neil writes. “So, rather than treating it like a vehicle or a fork truck, they’re treating it like a member of the workforce so it can navigate and move around its human partners.”

A month after that piece was published, Clearpath Robotics announced it had raised another $30 million to grow the OTTO Motors division.

“Factories operate like small indoor cities, complete with roads, traffic, intersections and pedestrians,” Clearpath CEO and co-founder Matt Rendall says. “Unlike city streets, a factory floor is a controlled environment, which makes it an ideal place to introduce self-driving vehicles at scale. Companies like Google, Tesla and Uber are still testing, whereas our self-driving vehicles are commercially available today.”

Are We Automating People Out of the Workforce, Though?

But is technology replacing forklift drivers, project managers and energy management specialists? It certainly appears capable of doing these jobs for people.

Not really. It turns out automation technology has historically tended to complement work rather than replace workers. Mark Muro and Scott Andes at the Brookings Institute write at Harvard Business Review that robots tend to make people more productive. They cite a study that found between 1993 and 2007 robotics increased labor productivity around 0.35 percent annually — or roughly what the steam engine did for workers during the height of the Industrial Revolution.

The reason productivity rises is because people are able to hand off repetitive work to machines, which frees them up to focus on tasks that are (for now, at least) uniquely human. Anthony Melanson at Aethon, which makes its own self-driving transport vehicle, says having a machine deliver material allows people to “focus on higher-value work.

“In the case of hospitals, this means clinical staff spends more time on patient care and less time shuttling or searching for materials. In manufacturing, this means workers can be focused on production or quality related tasks.”

So, while some tasks might be automated away, the need for people probably will not disappear anytime soon.

There was a utopian idea in the mid-20th Century that “labor-saving devices” would ultimately free us all from the need to work so we could spend all our time in leisure pursuits. Actually, the opposite happened, The Guardian’s Oliver Burkeman writes.

“As the historian Ruth Cowan demonstrates in her 1983 book More Work for Mother, the result, for much of the 20th Century, was not an increase in leisure time among those charged with doing the housework.

“Instead, as the efficiency of housework increased, so did the standards of cleanliness and domestic order that society came to expect. Now that the living-room carpet could be kept perfectly clean, it had to be; now that clothes never needed to be grubby, grubbiness was all the more taboo.”

This reveals something important about us as humans: As our capabilities to do something rise, so do expectations. That’s good news for FMs. Robots aren’t going to take your job. Instead, the people who sign your paycheck will simply ask more and more of you.

Some things, it seems, never change. 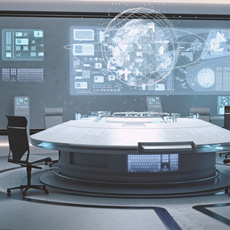