In recent posts, we spent a little extra time introducing the Internet of Lights and unpacking the benefits of smart lighting.

One of the infrastructural developments that will truly elevate smart lighting’s potential is the smart grid, or an electrical grid in which the various components can talk to one another and make real-time adjustments for macro-scale energy efficiencies.

To most people, smart grid technology can seem esoteric. To the professionals working to create more responsive built environments and an energy-efficient world, smart grids are crucial.

Here are 15 experts whose work is building that energy-efficient world.

Omid Ameri, a researcher in Western Australia, earned his Ph.D. in 2015 by studying decision support systems on residential and industrial smart grids. His work in the past has involved designing intelligent energy management systems; studying building automation, smart appliances and demand response programs; and sharing his findings in journals and at conferences around the world.

Zac Canders is the co-founder and CEO of DataCapable, an analytics platform built for electrical utilities that seek better real-time insights into energy use. The company’s UtiliSocial engagement platform, which has received a good deal of press in the last year, opens up a variety of communication channels, even social media and SMS messaging, to facilitate two-way information exchange between operators and customers.

Paige Carratturo, CEO and founding partner of executive search firm Enertech Search Partners, applies her smart grid expertise to the recruiting side of the energy sector.

Last December, she wrote about the hiring crunch in the smart grid market, which she says is largely due to the fact that most companies in the space seek “A-list recruits” who have likely already been hired and “are tied up with equity, or are wearing golden handcuffs put on by large organizations willing to outbid the smaller players in order to lock down mind share in their market segment.”

Her advice to companies in this space? Hire A-listers from adjacent markets such as risk management or supply chain management to onboard both that candidate’s track record and the new perspective that client could bring with her.

Stéphane Dufour is the founder and CTO of Swisscom Energy Solutions, which has built an intelligent storage network called tiko that enables real-time grid management with M2M technology. Today, tiko is the largest smart grid in Europe, with more than 4,500 customers connected to the network.

Professor Moustafa Eissa is one of the Middle East’s most knowledgeable smart grid experts. His research has led to the publication of more than 120 papers and has won him recognition from Egypt’s Academy of Scientific Research and Technology as well as the country’s Ministry of Higher Education. Saaed Kamalinia manages S&C’s Consulting and Analytical Services group, where he leads a team of engineers in studies of power systems. Kamalinia brings more than a decade of experience in the power engineering industry, and he has helped execute several large engineering projects around the world.

Suhail Khan is the head of operations for the Asian smart grid market at Venios, a Frankfurt-based startup that offers a couple of grid- and energy-management platforms. In 2014, Venios was named Startups of the Year by European Utility Week.

Michael J. Martin leads the IoT team at IBM Canada’s Global Technology Services group, to which he brings more than three decades of experience in digital communications technologies. For the last decade-plus, however, he has focused on the energy sector, transportation and smart cities.

Faramarz Oweissi is pushing forward the frontiers of smart grid technology and the IoT in Iran, and he is currently leading a project to design the “ICT backbone” for the country’s smart grid network. That project, National Smart Operator, or NSO, “is going to transform the smart metering traditional approach into a more advanced, state-of-the-art and contemporary model based on M2M,” he writes.

“This would bring in telecom operators as new players and important stakeholders who can theoretically offer end-to-end solutions thanks to their unique capability of providing connectivity as well as cloud-based M2M solutions.” Lee Purvis brings more than two decades of tech experience to JTS Consulting in British Columbia, where Purvis has managed a few smart grid projects as a senior consultant. The company itself works with utilities to “safely, reliably and efficiently modernize their grid and transform their business for future generations.”

Nameer Rahman brings valuable experience as a senior policy advisor at Canada’s Ministry of Energy to the Prometheus Consulting team. In his role as senior policy specialist, Rahman helps shape policy, realize projects, and get stakeholders on board. He’s the person in Canada to reach out to “if you need to unbundle new regulations, talk to government, figure out how to implement your “must-have” project, or understand your obligations in a complex, regulated environment,” he writes.

Ravi Seethapathy brings nearly 40 years of tech experience to a variety organizations, to which he lends his knowledge of smart grids, micro-grids and renewables, among other things. He has co-authored more than 50 technical papers on smart grid topics, and he serves as a board member or advisor for five different organizations.

Manifest Mind founder Carol L. Stimmel is a hub within America’s network of energy, food and water industry professionals. In this capacity, she brings together ad hoc groups to solve any problems clients might have. Her previous experience includes serving as director of smart utilities practice at Navigant’s Boulder-based Pike Research. 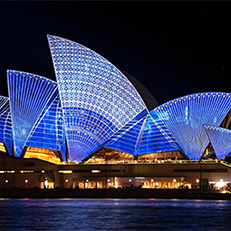