Building Management Systems are Moving to Subscription-Based Models: Here’s What You Need to Know 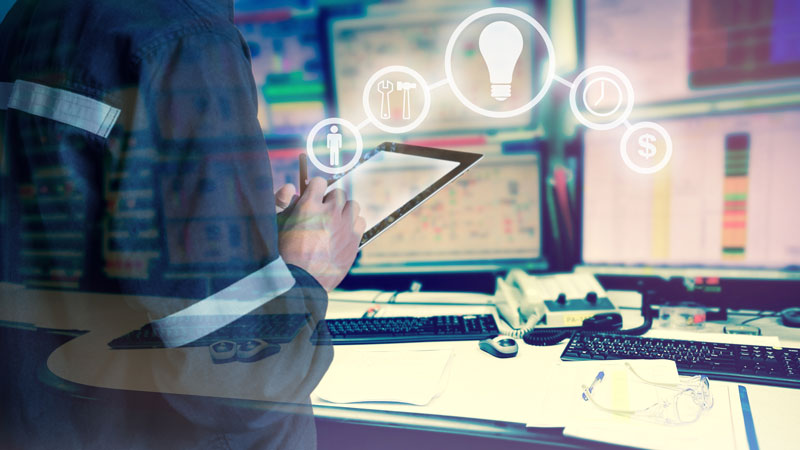 There are a number of invaluable technologies that have been created over the last couple of decades that have helped make facilities management, building performance, energy savings and more a much easier pursuit. From integrated building management systems, direct digital controls, the Internet of Things (IoT) and beyond, life has become much smoother in facilities across the globe. And it’s about to get even more simplified as building management system software moves to subscription-based models.

Remember the days of old-school Microsoft Word, Excel and PowerPoint when it was required to go to a store and purchase the newest version of the program, install it onto your computer (if it wasn’t pre-installed at the point of purchase) and repeat the process again when the latest version was released? Microsoft officially switched from this manual-update model to a subscription-based model, Office 365, in January 2013 which required users to purchase an annual subscription of all Microsoft Office products for a flat fee, which included automatic software updates as they became available.

Microsoft isn’t the only company to shift toward this model—we’ve seen it from Adobe, Apple and several of the apps we use daily on our phones. And now, building management system software and hardware companies are following suit. Tridium has been leading the transition in our industry, and Niagara software maintenance agreements (SMAs) are standard practice for the JACE controller and Niagara software. As Tridium works to make SMAs easier to track and manage, it is moving us toward the era of BMS-as-a-service.

We recently spoke with Nathan Kehr, Vykon Channel Sales Director at Tridium, to get the high-level details of their SMA model, the benefits it poses for customers and the system transition process. Read on for the details.

Why is Tridium moving to the SMA model?

The biggest question you’re probably asking yourself is why the industry is moving toward this model. In the simplest words, Kehr says the SMA model provides more access, more precise controls and tighter security for BMS. In the past, it was common for a facility manager or IT personnel to purchase and install JACE hardware with Niagara software in their building, then leave it without updates for years, allowing their licensing to lapse. This posed many difficulties if and whenever key stakeholders wanted to make any upgrades, whether it be to take advantage of new product features or security updates. To make necessary updates, stakeholders were required to pay a gap charge to get their software up to date, which sometimes caused disruptions in workflows and budgets.

These issues are made obsolete with software maintenance agreements. Tridium’s SMA model requires an initial 18-month commitment with subsequent subscription options for one, three or five years. This provides facility access to updates and technology upgrades as soon as they become available.

As we’ve previously discussed, security is always a primary concern for facility managers and a business’ key stakeholders, and for good reason. By subscribing to Tridium’s SMA model, building managers can upgrade to the most current Niagara software version, featuring the latest cybersecurity updates, as soon as it is released.

An SMA subscription grants streamlined updates to your software’s technology, including but not limited to connectivity options, enhanced productivity, visualization, analytics and compliance features. This also includes upgrades to workflow tools, including updated graphics, as Tridium is constantly working on improving the user experience and strives to make its systems as intuitive as possible.

Backup as a service

In the case of your BMS going offline, Tridium’s SMA model offers a cloud-storage option that can be configured to store backups of Niagara Stations, so no critical information will be lost in the event of a failure. During any downtime you may experience, you’ll also have access to your replacement backup information offline, so productivity and workflow can take as minimal of a hit as possible.

Beyond the “why” and the “what” of transitioning to the SMA model, Kehr provided more valuable insight into other questions he often receives from Tridium customers. We’ll go into further depth with this information at a later date, but here are a few more of your questions, answered.

Q: Is the SMA model more cost-effective in the long run?

Nathan Kehr: Tridium’s SMA model is absolutely more cost-effective. With regular updates and upgrades to your Niagara software, your building will be consistently well-run and well-maintained, which can save you anywhere from 10–20% annually on utility and operational costs.

Q: Is there any downtime during the installation process?

NK: There are minimal disruptions when upgrading your software. Your service provider tests every piece of equipment in advance so that when the newest version of the Niagara software is loaded into your system, everything is in working order and returns to normal function. Depending on the size of your system, this can take anywhere from one hour or less to one business day. It is not required to shut down other equipment during the transition or subsequent upgrades; all that’s required is for your service provider to schedule the best time to perform these timely upgrades.

Which subscription model is the best for my business?

NK: All initial agreements have an 18-month requirement, but subsequent subscription options offered include one, three or five years. The model that is most appropriate varies from business to business depending on the size of the BMS system. The three-year subscription is popular, however, it is common for larger enterprises to opt for the five-year term.

Interested in transitioning to the SMA model? Control Solutions & Tridium is here to help

If you’re interested in learning more about the benefits of switching to the SMA model, Control Solutions and Tridium are here to assist. Control Solutions supports the complete line of Tridium products and is happy to perform these upgrades for Niagara-based building management systems. Contact us today to schedule an appointment.