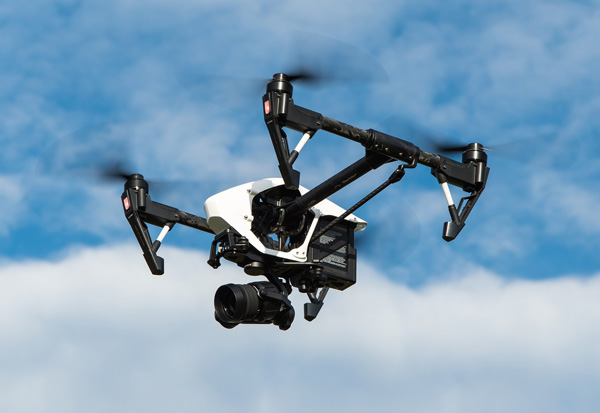 Security and surveillance in industrial and commercial facilities are changing rapidly with advances in technology.

The use of robotics for a variety of applications isn’t new. The International Federation of Robotics points out that there are plenty of domestics, like butlers and humanoids who serve as assistants and companions, performing tasks from vacuuming to cleaning the pool. Robots are used in healthcare settings and in construction and demolition, too.

But the robots used in security today have evolved so that they are smarter, interactive and able to help humans make real-time decisions. For example, check out Handle, from the people at Boston Dynamics:

Here is everything you need to know about this technology so you can determine whether it might be a good fit at your own facility.

Not all security bots are alike.

Agility Robotics in Oregon, for instance, builds machines for use by the military as scouts. These bots go ahead of soldiers to make sure it’s safe, and they’re used for search and rescue. The robots use legged locomotion and sensor platforms to give them human-like mobility.

Similarly, Endeavor Robotics in Massachusetts has been protecting military and law enforcement personnel, first responders and public safety professionals with their robots for the past 25 years. In fact, the company, with its 100 employees, recently moved to a larger facility outfitted for advanced design.

"Our goal remains to deliver life-saving, advanced robot technology to our domestic and international defense, public safety and industrial customers,” Endeavor Robotics president Tom Frost says in a press release about the move. “The new facility allows Endeavor to upgrade our internal resources in nearly every manner."

Other security robots are more familiar. They can patrol public spaces just like the guards we’re all used to seeing.

In a 2014 article called Rise of the Robot Security Guards, Rachel Metz, senior mobile editor at MIT Technology Review, wrote about Knightscope, a Silicon Valley-based security tech firm which was at that time getting ready to roll out their K5 robots.

Designed for monitoring shopping malls, schools, and corporate and college campuses, the robots are equipped with rechargeable electric motors. They use cameras, GPS and sensors to navigate, and they can communicate with other robots and remote security staff.

And the newer versions talk, too:

Robots are being used for security all over the world. China’s new robot police officers are equipped with facial recognition and tasers. According to Yi Shu Ng at Mashable Asia, the autonomous robots also monitor air quality and temperature, and can track safety hazards such as fires.

Aptonomy, a San Jose startup founded in 2016, has developed self-flying drones that need no supervision. The units self-charge and are equipped with cameras, strobe lights and speakers. They not only record events, but can deter would-be criminals.

Plus, they’re easy to use.

“What separates us from the competition,” Aptonomy co-founder Siddharth Sanan tells DroneLife, “is our advanced proprietary algorithms and robotics know-how to make our drones smart, safe and user-friendly.”

What type of facilities use drones as part of their security system? One is an oil refinery. “Refineries are in remote locations and are very hard for human security guards to patrol,” Aptonomy co-founder Mihail Pivtoraiko tells TechCrunch’s Lora Kolodny. “But they are a target for attacks.”

“The startup believes that businesses with lots of infrastructure-related assets will want to use their drones to supplement, or even replace, their human patrols,” writes Kolodny.

The San Francisco-based robotic aerial security company says the uses of drones go beyond remote surveillance. There is also situational awareness, search and rescue, and event protection. On its blog, Nightingale reports that it is the first robotic aerial security company to be granted an FAA single pilot exemption, which allows its clients to deploy multi-drone operations.

And in Boston, a startup called Airmada has developed automated drone ground stations, which makes an operator unnecessary.

“Airmada's all-in-one drone solution is a box that can store a drone onsite, open up to act as a launch pad when the drone needs to complete a mission, and then refresh its battery after,” Patrick Caughill writes at Futurism.

“Because all of this is done without human interaction, the system could help keep people out of harm's way in security situations and be ready to deploy on a moment's notice.”

SuperDroid Robots in North Carolina builds robots to your own specifications. If you need robots to provide a first line of defense in tactical situations, to clear a room or to survey a hard-to-reach area such as a rooftop, the engineers and custom fabricators will build the machine, customize and test it.

One SuperDroid surveillance robot is a wheeled, all-terrain vehicle with a pan-and-tilt camera system on a scissor lift, allowing the camera to move in height from 1.5 feet to more than 4 feet. Although it was developed for law enforcement and military purposes, it can be used anywhere surveillance height might be required: Network switch rooms, power substations, factories.

Another robotics company is NXT Robotics in San Diego. It designs and manufactures security-related robots, and just debuted Scorpion, an autonomous security patrol, at West 2017.

The robot is built to navigate tough terrain, according to an NXT press release, and has multiple cameras and sensors with on-board analytics, microphone and speakers. “Scorpion is designed for places such as military facilities, power plants, borders, parking structures, farms and ranches, and seaports.” 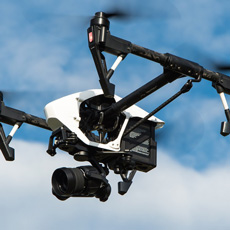