Peace at the Office: Reducing Noise Pollution for Better Health and the Bottom Line 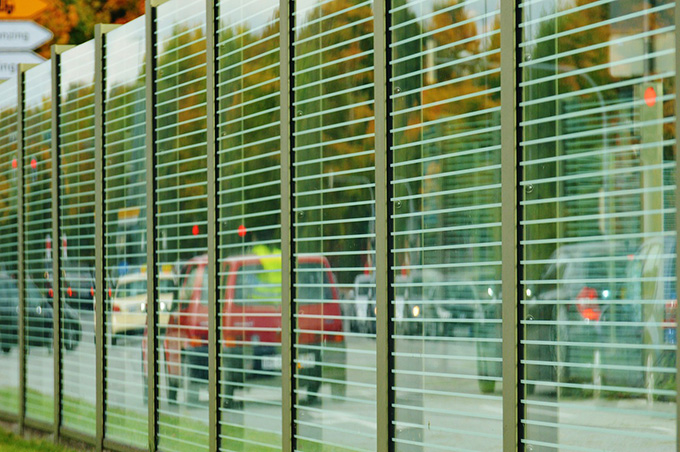 Noise pollution isn’t always recognized as the major issue it is.

Some noisemakers such as highways, construction sites and airport runways are obvious, and steps such as erecting sounds barriers are taken as a matter of course. In the workplace, however, problems with noise can be less easily perceived. To make matters more complex, what might bother some people isn’t an issue for others.

A few facts are undisputed: that noise pollution is getting worse; it’s bad for our health; and that it’s very, very expensive.

To be distracting, noise doesn’t have to be caused by something as mind-shattering as a jackhammer next to your desk. It can simply be chatter between colleagues or muted traffic sounds outside your window.

In 2011, the World Health Organization in Europe put the cost of noise pollution for that continent at $30.8 billion a year. “They looked at the effect of environmental noise on health,” writes the team of Sound Fighter Systems, “including the ‘cost of lost work days, healthcare treatment, impaired learning and decreased productivity’ due to noise.”

Dr. Neitzel co-authored a recent study published in the American Journal of Preventive Medicine that found a 5-decibel noise reduction in noise would reap an annual economic benefit estimated at $3.9 billion just in the United States.

However, there’s long been a fundamental difference between how Europe and the US deal with noise noise. The first problem, according to Dr. Neitzel, who was quoted in an article by Dr. Joseph Mercola, is the US information on noise exposure is dated by some 40 years. Furthermore, “in Europe they have requirements to map out and understand who’s exposed to noise and have requirements to do something about it. In the U.S. we just view it as a necessary byproduct of the technology we use.” 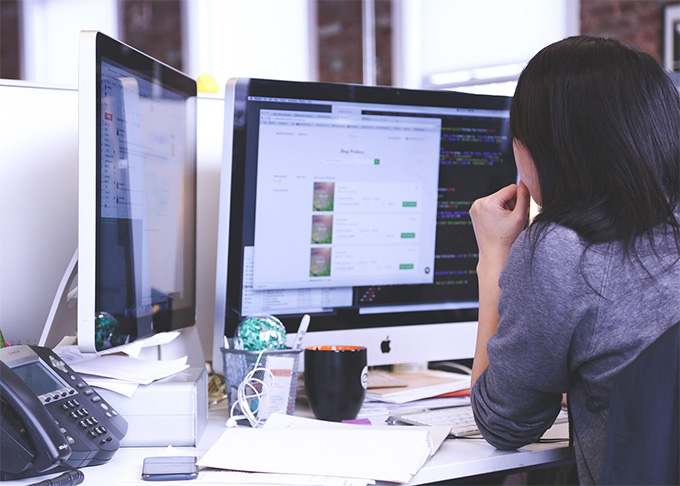 Noise Irritates, Deafens and Then Kills Us

There’s a laundry list of the effects of noise on people, ranging from distraction and loss of productivity in the workplace to increased blood pressure and heart disease. In fact, that same American Journal of Preventive Medicine study mentioned above notes that reducing noise levels by 5 decibels “would reduce the prevalence of high blood pressure by 1.4 percent and coronary heart disease by 1.8 percent.”

Hearing loss is a public health issue that affects 48 million Americans, which is one-fifth of the adult population in this country. “One of the leading culprits of hearing loss,” writes Mary Padron at Occupational Health & Safety, “is workplace noise pollution, which can lead to noise-induced hearing loss (NIHL).” While this type of injury is usually limited to high-noise environments, such as factories and construction sites, it is a problem across every industry.

“According to the National Institute for Occupational Safety and Health, industries that include mining, agriculture, construction, manufacturing, utilities, transportation, and the military run the highest risk of NIHL noise pollution.”

Kim Myers at Lab Manager gives an example of how noise can become an issue in a laboratory setting, writing that approximately 35–40 percent of workers in office settings find noise levels above those of a normal conversation (50 decibels) irritating. If you have two lab instruments operating, each producing 52 decibels, the combined effect is 58 dB. Adding a third that runs at 58 decibels brings the overall noise level to 62.5 decibels.

In other words, you don’t have to be in a high-noise environment to experience problems with noise.

Problems with workplace noise are specific and common across the board.

When open-office employees have noise-related complaints, they relate almost evenly to hearing and to being heard. CityLab’s Eric Jaffe wrote in an article for Fast Co.Design about a study that “reported ‘sound privacy’ to be the greatest grievance by far among open-office workers, with general ‘noise level’ not far behind.”

He also pointed to other research that shows that twice as much time is wasted in open offices due to noise distraction as in private ones, linking office noise pollution to both worker dissatisfaction and loss of productivity.

The team at Paramount Interiors wrote about another survey, this one from the University of Sydney. It identified “that 30% of respondents found noise made by colleagues as the disruption that was hardest to deal with. However, 60% saw a lack of privacy and not being able to concentrate as a much bigger issue.”

It seems that age is not a factor when it comes to noise distraction; young people complain as much as older workers. In fact, the only difference noted by Paramount Interiors is that Gen Y workers are “twice as likely to use headphones to achieve privacy or concentration.”

In fact, certain types of background noise are particularly problematic. In a white paper on office noise distraction by Swedish acoustics company Ecophon, the team found that “intelligible speech has been found to be one of the most distracting forms of office noise.” If the background conversation “contains useful information (‘relevant speech’)”, it is perceived differently than irrelevant conversation, which is interpreted as annoying and distracting noise, which can lead to loss of performance and productivity. 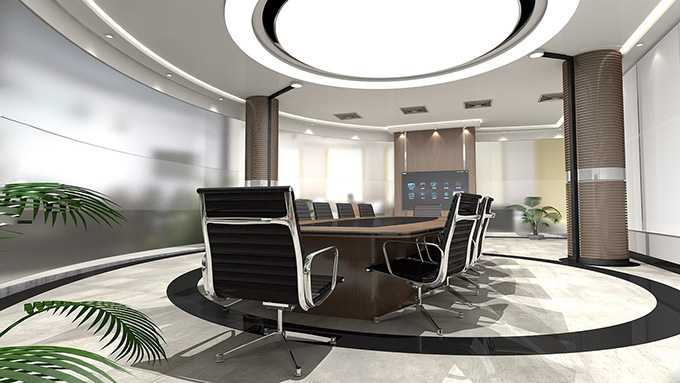 But We Need to Talk—Some Of Us More Than Others

While silence is conducive to types of work that require high levels of concentration, architect Dr. Kerstin Sailer, a lecturer in Complex Buildings and member of the Space Syntax Laboratory at the Bartlett School of Architecture at UCL, uses research to point out how much we need to talk in an article on Workplace Insight.

She writes that about 34 percent of people in workplaces are talking at any one time. There is a difference in the interaction rates based on industry, though, which adds both challenges and clarity to office design plans: “In software development, 46 percent of people interact at any one time on average, followed by 39 percent for both advertising agencies and the financial industry; law firms and media companies were the least chatty with 29 percent and 27 percent rates of interaction respectively.”

How to Fix Noise Issues

There are four steps you can take to fix noise problems in your workplace, or better yet, avoid them altogether, writes Buildings’ contributing editor, Jenna M. Aker.

Austrian office furniture manufacturer Bene writes that “intelligent acoustic space planning promotes satisfaction and efficiency,” with studies showing “up to a 52% performance improvement with good acoustics.” There are several factors that need to be considered when you’re looking to achieve acoustic ambiance. Ultimately, though, you want to make sure people can understand speech easily and at a volume that’s comfortable for everyone in the space.

The office interiors team at Urban Office recommend segregating office workspace into distinct spaces, based on use, to control noise. The breakdown is:

If you’re dealing with an office that’s already built, the approach to effective noise control can still be simple and relatively inexpensive. “Adding a high-quality acoustic ceiling, or free hanging panels,” writes Ecophon, “alongside acoustic wall panels will are proven to immediately reduce reverberation and reduce noise.”

The Hearing Clinic recommends a number of specific steps to take when it comes to the noise-reduction strategies that can be implemented, which include:

Judi Hembrough, Director of Marketing Management for the Home & Home Office Business Unit at audio technology company Plantronics, writes that in addition to the use of noise-cancelling headsets, creating a quiet space where employees can make a call or conduct a meeting without distractions is something facilities managers and business owners alike can consider.

She gives the example how Spiceworks, an IT community, “created private call booths so that its sales and account reps who worked in a ‘classic sales pit’ had a quiet place to go when they were on a call.”

Using furniture, including acoustical dividers as well as wall and ceiling panels, to reduce noise is not difficult to implement and, like the private call booths, can in fact become prominent design features. Alexandra Miller and Terry Huang at Interior Architects point out that the physical environment of traditional call centers, for example, is changing and making use of these features.

“The trend towards collaborative and team-based work is spilling over into contact centers,” they write. “Businesses have discovered that, in many cases, by lowering workstation panels that permit more eye contact agents can share information and resources. This also creates an environment that supports learning. Similarly, managerial workspaces are becoming more open and accessible.”

When Interior Architects designed the GDIT contact center in London, Kentucky, Miller and Huang noted that “decorative felt wall panels were displayed as artwork while providing noise reduction at the same time.” 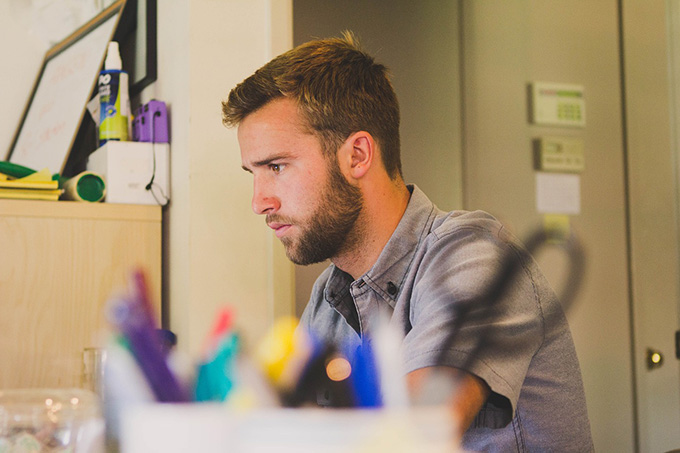 Plants can be used to absorb sound, too. Writing for Harvard Business Review, Christopher Calisi and Justin Stout call plants a natural option to noise control in an open office environment. “Similar to planting trees along a loud highway, plants boast sound absorbing capabilities that can work just as effectively in an indoor environment as an outdoor setting. Furthermore, plants have other significant health benefits, including improving oxygen levels in an office.”

Industry journalist Angela Fedele writes at Sourceable that the reason plants are used to reduce noise pollution in the workplace is that they lessen reverberation time, and so are best placed in areas with hard surfaces, like those with concrete or marble floors and walls.

She adds that the rule of thumb for best noise reduction is “one plant for every 100 square feet,” and says that “further research ... has revealed that plants such as the Madagascan dragon tree, Kentia palms, peace lily and the weeping figs are the plants that work best as sound barriers.”

Another solution can be to introduce white noise, a background noise that masks unwanted sounds. While fans are often used to accomplish this effect and there are white noise machines on the market, Tamy Cozier at Metropolis writes that a covering strategy can be something as simple as turning on the radio.

“Tuning a portable desk radio to an AM sports talk channel at a low volume is an example of such noise masking, because the constant muttering of voices creates a barrier between one’s immediate area and the rest of the office. When used effectively, off-the-shelf sound generators or HVAC systems can obscure noises from both the inside and outside sources.” 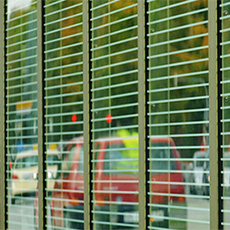