Can Open Offices Be Redeemed, or Are They Beyond Saving? 12 Experts Weigh In

​For facilities managers, a key part of the job description involves taking care of the work environment for a building’s occupants.
In recent years, the popularity of the open office layout has come under fire from both researchers and the workforce that occupies such offices, layouts currently inhabited by approximately 70% of American workers.

While open office layouts can save companies money and ostensibly encourage collaborative work, studies and mountains of anecdotal evidence suggest that they lead to a decline in individual productivity and possibly the overall health of office occupants.

We took a long look at the evidence to determine whether open offices are inherently dysfunctional — at least compared to environments in which occupants had their own offices — as well as the factors that continue to drive the open office trend, and what FMs and office designers can do to improve open office layouts.

Below are tips, ideas, suggestions and straight-up complaints from 12 experts on this topic.

The Essential Reading: The 3 Most Popular Anti-Open Offices Pieces in Mainstream Media 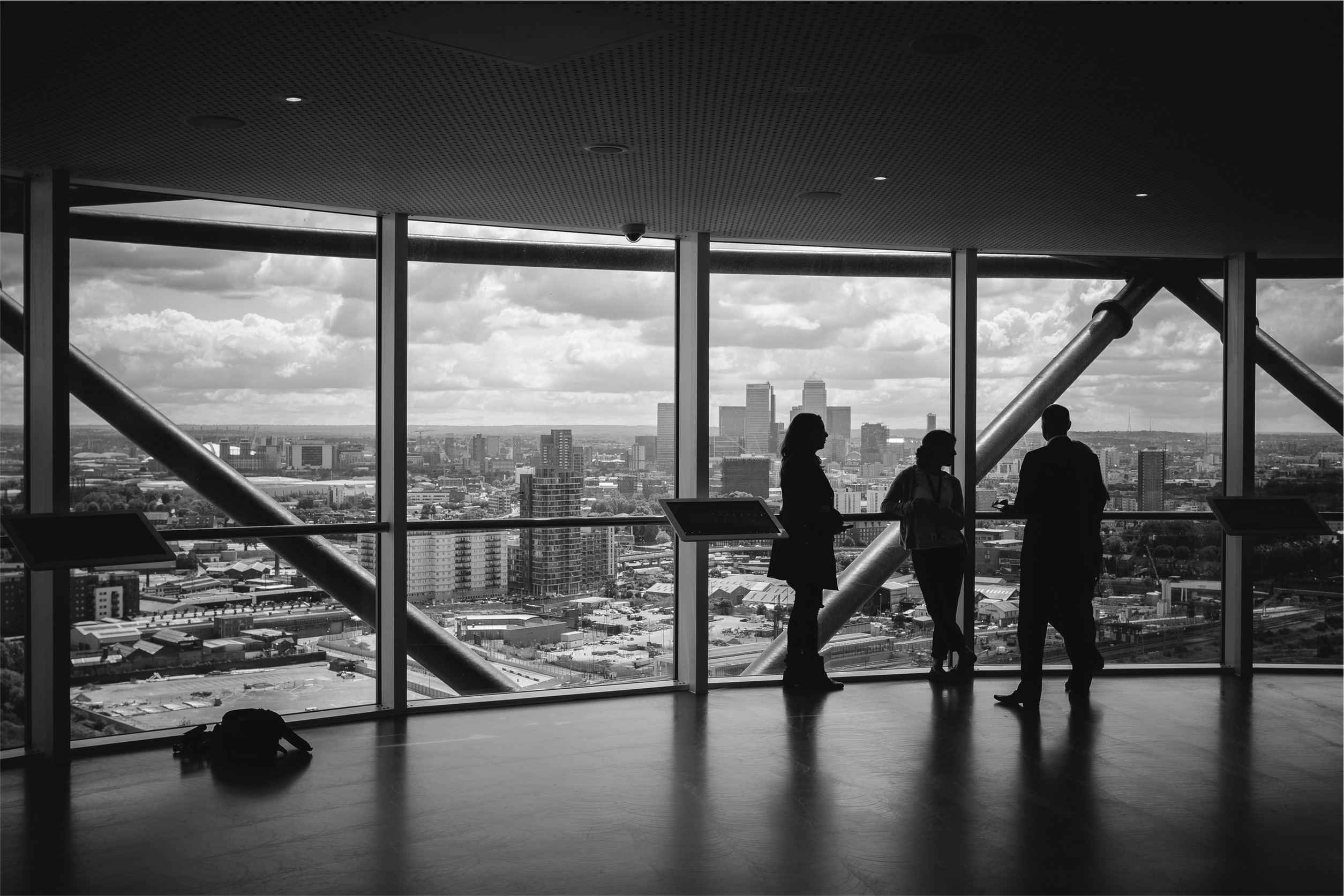 There are three popular pieces from major media outlets that have really shaped the open office debate at a mainstream level. Each is told from a first-person perspective, and each presents a good case against open offices with a mixture of empirical and anecdotal evidence.

“Take those long tables, the ones currently lined with laptops at startups, and give them to an elementary school so children can eat lunch on them. We’ll have to do away with all those adorable communal spaces, but they were always a little demeaning, a little not-quite-Starbucks. ...

“This is the problem with open-office layouts: It assumes that everyone’s time belongs to everyone else. It doesn’t. We are here to work together, sure, but most of the time, we actually work alone. That’s what work is: It is a vacillation between collaboration and solitary exploration.”

Renowned writer Maria Konnikova backs up Feifer’s points in a piece for The New Yorker with some empirical data.

“In 2011, the organizational psychologist Matthew Davis reviewed more than a hundred studies about office environments,” Konnikova writes. “He found that, though open offices often fostered a symbolic sense of organizational mission, making employees feel like part of a more laid-back, innovative enterprise, they were damaging to the workers’ attention spans, productivity, creative thinking, and satisfaction. Compared with standard offices, employees experienced more uncontrolled interactions, higher levels of stress, and lower levels of concentration and motivation.”

At the end of 2014, writer Lindsey Kaufman published an op-ed in The Washington Post that detailed her own struggles with being moved to an open office, and she perfectly captures the frustrations that millions of people face each day:

“I took my seat at the table assigned to our creative department, next to a nice woman who I suspect was an air horn in a former life. All day, there was constant shuffling, yelling, and laughing, along with loud music piped through a PA system. As an excessive water drinker, I feared my co-workers were tallying my frequent bathroom trips. At day’s end, I bid adieu to the 12 pairs of eyes I felt judging my 5:04 p.m. departure time. I beelined to the Beats store to purchase their best noise-cancelling headphones in an unmistakably visible neon blue.”

These are three good shots across the bow to frame a discussion of the limitations of open office layouts. Now, let’s get into granular issues and see whether a solution exists.

What Open Offices Get Wrong 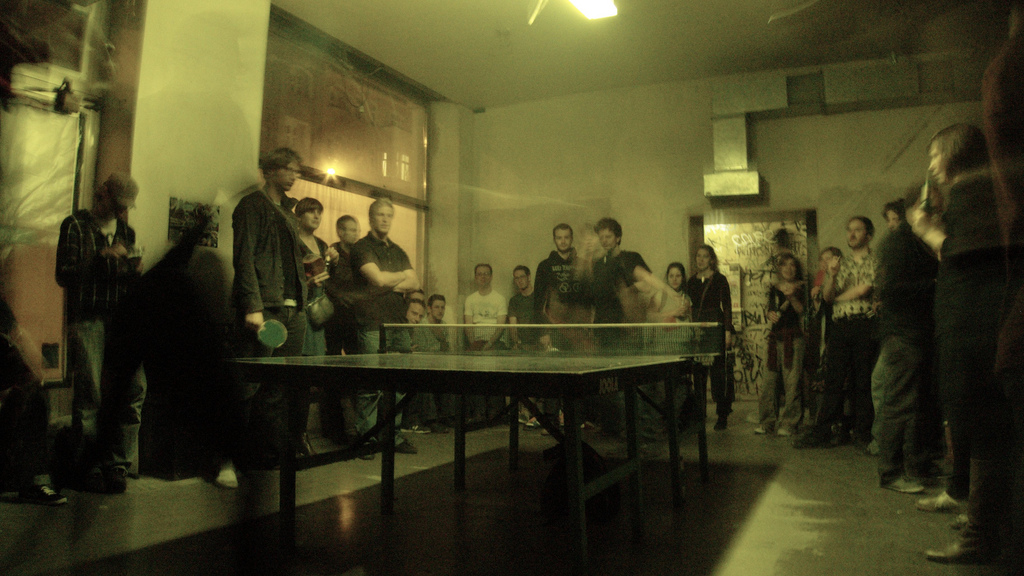 Fast Company’s Feifer alludes to something important when he describes “those long tables, the ones currently lined with laptops at startups.” A generation of tech startups, going all the way back before the dot-com bubble at the turn of the millennium, have put an emphasis on collaborative cultures that often translates in practice as wide-open spaces, with ping pong tables and bean bags in the office.

Sounds fun, right? That’s what one tech startup’s CEO told Bloomberg’s Karen E. Klein when his team moved into what Klein describes as a “warehouse decorated with life-size Darth Vader cut-outs and outfitted with a basketball court and wall-to-wall whiteboards.”

“Instead of leasing a cramped office for $2.50 per square foot, he got 4,000 square feet of industrial space at 69 cents a square foot. The vaulted ceilings and rooftop meetings appealed to clients, investors, and interns. ‘It was like we were Google,’ Sokoll says.

“The fun didn’t last long. The company had grown too fast and went back to a small office a year ago after reducing staff from 20 to eight. Employees sometimes work from home, and the company rents conference rooms for meetings or uses Google Hangouts to communicate. While he misses the chair races, ‘our productivity level is way up,’ Sokoll admits.”

Work environments must strike a balance between collaboration and facilitating what Feifer calls “solitary exploration.”

And it’s not so much that open offices necessarily get the balance wrong; it’s that they impose a specific balance on occupants that may or may not align with how the individual employees work.

“The lesson — then, as now — is that design ideas that are foisted on employees won’t work, however visionary they seem,” writer Nikil Saval argues in The New York Times. Saval has done extensive research into workplace design.

“Workers understand their own needs better than executives and ought to control the decisions about how to satisfy them.”

How to Do Open Offices Right 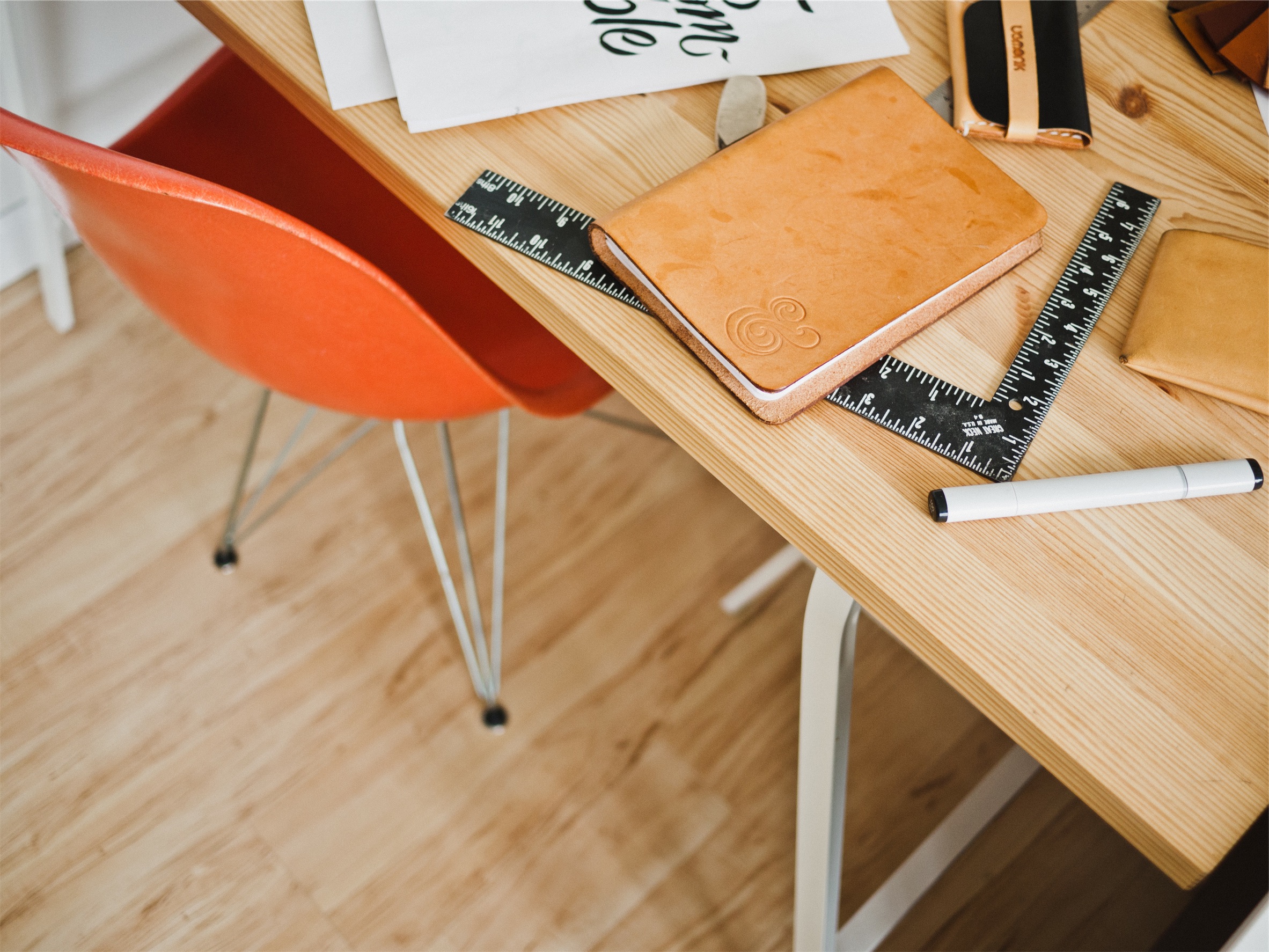 Fortunately, problematic office layouts sometimes have an easy solution: Just ask the employees who work in them.

“Businesses that offer autonomy and choice [to their employees] grow four times faster than the rate of firms that didn’t,” Sonya Dufner, principal and director of workplace strategy for Gensler architecture firm’s New York office, tells Anthonia Akitunde in a piece for American Express’s Open Forum blog. “Doing this really does help your business grow.”

Paul Rosenberg and Kelly Campbell from the Boston-based nonprofit Bridgespan report in the Harvard Business Review that a thoughtful approach to opening up the company’s offices proved successful.

Their design drew upon input from 22 staff members, Rosenberg’s and Campbell’s own personal experiences in office environments, relevant literature, and a team of architects.

“Six months in, we continue to be amazed at how differently we work in the new space and how much the spirit of our office has changed,” they write. “We used to make appointments to see each other; now, we often just run into each other, and all kinds of new ideas emerge from these unplanned collisions of two or three or four people.”

A team was also formed to solicit and report feedback from occupants regularly to tweak the design and make adjustments as demand arises. “Our new office space is not so much built to last as built to change,” they report. “And that spirit seems to be rubbing off on all of us who work in it.” 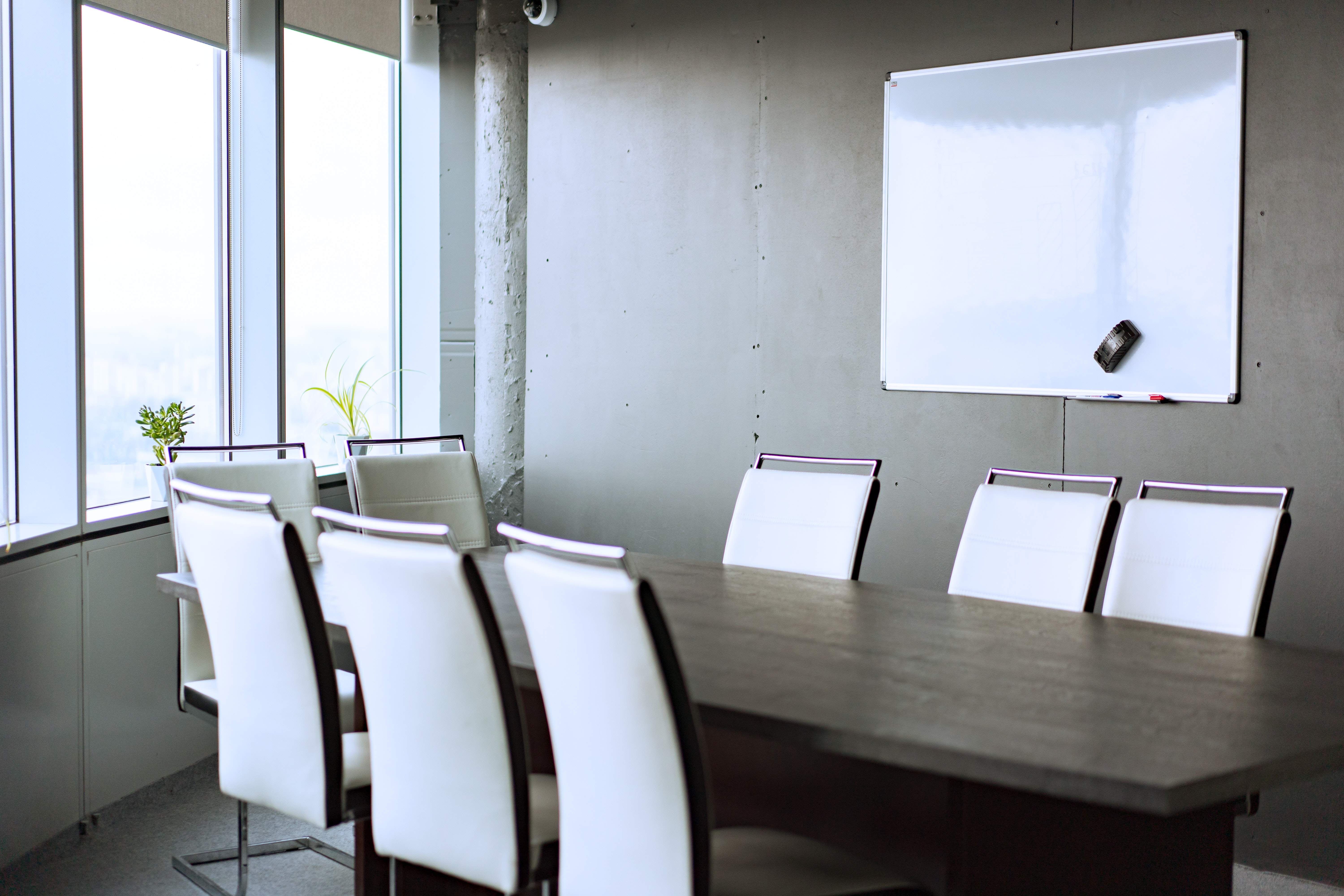 In a February 2015 piece at AutomatedBuildings.com [here is a useful permanent link to that piece], Vishal Mallick, Ph.D. and Raja Bose from Performance Buildings AG offer a model for occupant satisfaction and wellbeing that looks a bit like Maslow’s hierarchy of needs.

The base of their pyramid is discomfort, above which is a threshold any inhabited environment must cross. Moving upward toward ultimate satisfaction and wellness, an environment must address, in order of basic importance:

“Indeed, building automation has mostly been at an even lower level — alleviation of discomfort,” they write. “But there is real opportunity to apply technology at the upper layers to make a big difference.”

Building automation, design and facilities maintenance all must work together to create an environment that is comfortable physically, functionally and psychologically.

Within open office layouts, accommodating all of these needs can be accomplished by creating a variety of use-specific areas.

“Perhaps the biggest key to a successful open office, echoed by all CEOs and office designers alike, is offering a diverse range of spaces,” Forbes contributor Neal Taparia writes. “No one can argue that a completely open space can hinder concentration, so it’s important to provide spaces that are designed for that purpose.”

Akitunde writes in her American Express Open Forum piece that these spaces can break down into five broad categories:

This conversation has so far left one issue dangling: Open offices appear to spread germs more easily, as evidenced by that 62% increased rate of sick time. This is where the role of the facilities manager becomes especially important:

“Because people want to be especially prepared to avoid illness, it’s important for FMs to provide them with the means to do so,” writes Neal S. Duffy, senior manager of facilities solutions technical training at Staples, Inc.

“Facility managers should continue to play an active role in supporting the wellness program by sending out emails periodically to building occupants to reinforce taking extra caution during flu season. The small investment in time and cleaning supplies will pay off in more employees at work and increased productivity.” 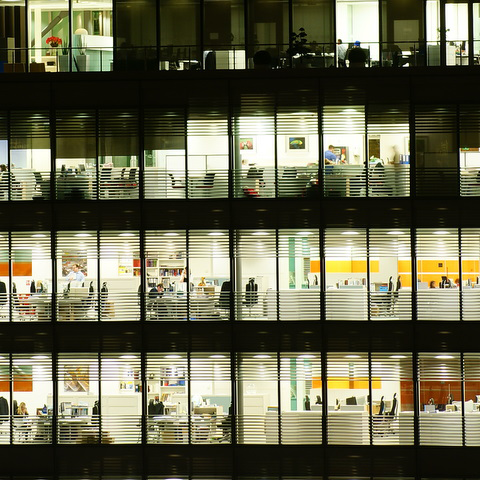