The Internet of Things is really just the larger universe that contains technologies such as fitness trackers and building automation systems. When we talk about the IoT, we’re talking about applications for devices that can talk to one another. And that universe is expanding rapidly — by 2020, there will be about 38.5 billion connected devices, or roughly five devices for every human being on the planet.

Here are 20 companies that will play a large role in shaping that world.

Autonomous is building a number of smart products that have the potential to revolutionize offices, commercial spaces and homes. A couple of the products currently available are its SmartDesk — which recognizes individual users and adjusts itself to their settings, including when their bodies need to stand or sit — and a Kickstarter-funded personal robot that can recognize people and even learn to interpret facial expressions.

Beep Networks is building sensors that will be easy for anyone to install anywhere. They’ll be able to provide location and environmental data that can plug right into security systems, applied to supply chains, and even latched onto a dog’s collar for easy tracking.

Full disclosure: Brewbot is a bit of an outlier on this list, but if we as a species are building a future that features automated beermaking, we need to celebrate this accomplishment. Brewbots are programmable like smart coffee machines, so you can just put in the proportion of hops, malt and yeast required then pretty much let the machine do the work for you.

Buddy is building the platforms that will help businesses make sense of all the data their sensors and connected devices collect. The Seattle-based company’s cloud data-management and hosting software offers “data ingestion, data sovereignty… application services and real-time visualization” that can serve as the backend for a connected device or a mobile app.

Bugcrowd might represent the future of network security. This platform lets anyone put out a bounty to its crowd of experts, who then work to identify bugs and collect their rewards. So far, more than 200 companies have discovered nearly 8,000 security vulnerabilities thanks to Bugcrowd.

Building Robotics have created a device, called Comfy, that allows building occupants to request that the temperature in a given room go up or down. Over time, Comfy learns the optimal settings in a given room so the people who work in there can remain productive, and energy bills are slashed. The team at Clarity is building an air-quality sensor that is smaller than most of the keys currently in your pocket. This device will let you know in real time what you’re actually breathing — vital information for anyone traveling to a city that struggles with pollution. This information feeds into its global Clarity Index to give people (and governments) reliable data on how dirty the air we breathe actually is.

Compology has built a sensor designed for waste-management companies so that they can know what is in their waste containers, and how much is in there. That way, these companies can manage their routes and have vehicles more frequently visit areas that produce more waste (and have vehicles less frequently visit other areas). This makes for a more intelligent and efficient waste-management service all around.

Another company working toward the goal of efficient trash pick-up via smart sensors in garbage bins, Finland’s Enevo is an active participant in Europe’s conversations around building smart cities. The company opened offices in Boston in December 2014 and a second US office in San Francisco in October 2015.

Helium is building its own set of smart sensors that are energy-efficient and capable of reading all kinds of environmental data, including temperature, proximity, vibrations and other such information. A couple of immediate applications Helium suggests are temperature monitoring in hospital refrigeration units and monitoring the temperature of the freezers in a grocery store.

Konekt offers hardware and software that will let a device communicate over a cellular network. This could be useful for any devices outside of the reach of WiFi or too far away to communicate via Bluetooth. Wherever you install Konekt — onto a remote weather tower, perhaps onto a vehicle — all you need is to plug in the company’s SIM card. Data is priced flatly at 60 cents per MB.

With 35-billion plus devices all communicating, many users will want something stronger than a pass phrase or 2FA to access sensitive data. LaunchKey envisions a world in which developers and engineers can “evolve cybersecurity beyond the password era,” done via a variety of authentication and authorization processes that can live entirely on a user’s device.

LIFX creates smart lights that can be controlled via a remote device such as a smartphone, and the lights can communicate with other smart technology such as modern security alarms to get brighter or dimmer as appropriate.

Nuve has designed a smart security system specifically for the logistics sector. This lets trucking companies monitor and secure their cargo (and fuel, which is frequently stolen) with smart locks, saving these companies potentially thousands of dollars every year. The ProxToMe IoT platform allows businesses to engage individuals nearby via their mobile devices. This could be as simple as having a cashier send someone a receipt, or it could allow for easy file-sharing exclusive to people in a given area.

resin.io is a platform that lets businesses update code on any number of Linux devices at one time. “From drone fleets to healthcare, wearables to smart cities, the exciting thing about the Internet of Things is that use cases are everywhere and not all of them fit in pre-made categories,” the team writes. “If you’re connecting Linux devices and need to keep them updated and secure at scale without lifting the world on your shoulders, resin.io is for you.”

The Wattvision platform tracks the energy use in any building and visualizes it clearly so home and building owners can make intelligent decisions about how they use their energy. It even lets users set up alerts when usage spikes or goes over a certain limit.

Weaved allows smart device owners to manage their connected devices through a software-based network, not over an Internet connection. This creates more reliable connections that can be managed from wherever. “Think of Weaved as a plug-in for all the services on your remote device, that allows each of them to be directly available to you from anywhere,” the team writes. 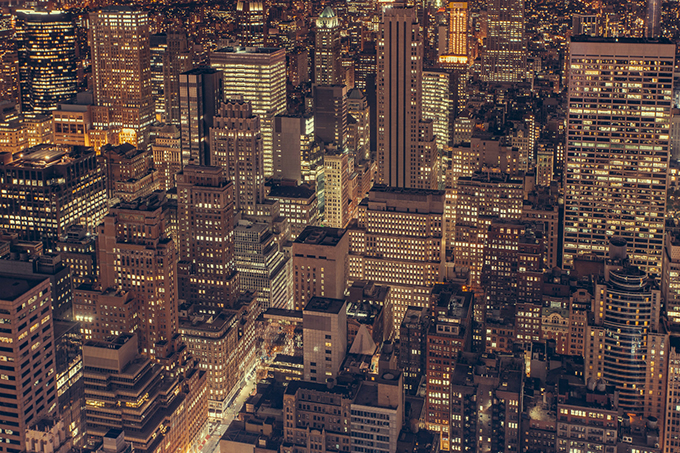