16 Tech Companies in Western Michigan You Should Know

The goal, as Issie Lapowsky reports for Inc., “is to build a bigger startup ecosystem in Grand Rapids, so that even if many of the ideas fail, at least the area’s appetite for entrepreneurship will grow.”

Western Michigan companies have always had support and encouragement. For example: The Right Place, a non-profit economic development organization in Grand Rapids, is dedicated to advancing the regional economy, providing initiatives and tools to companies to grow and create jobs.

All that support seems to be working. Grand Rapids placed in the top 20 on WalletHub’s Best Cities to Start a Business in 2015. Among other points, the metrics used to determine rankings included:

We compiled our own list of 16 high-tech companies and related businesses in Western Michigan — some are old-timers, and some are startups, but all are doing good work, finding success and continually growing. Open Systems Technologies helps huge organizations such as Boeing, VW and NASA with a variety of IT services. OST is high-tech and high-profile: CEO Meredith Bronk is listed in the 2015 edition of Inc.’s Top 50 Women Entrepreneurs in America.

A software design and development consultancy, Atomic Object creates custom applications for clients building their businesses. This employee-owned shop believes anything is possible with the right software, and the team charges top-shelf prices for the work they do.

Gentex specializes in the automotive and aerospace industries, developing products such as rearview mirrors that dim automatically and dimmable aircraft windows. The company was named among The 2015 IndustryWeek 50 Best US Manufacturers, which lists Gentex alongside companies such as Apple, Lear and Microsoft.

Designing, installing and servicing communications and information systems, NuWave is a leading IT provider in Michigan, with seven locations in the state. The company serves companies of all sizes and across industries, offering services that include data center and cloud solutions to VoIP telephone systems.

This small team of IT professionals just joined forces with eGear USA in Holland, MI, to ultimately form a collection of companies delivering technology service to businesses of all sizes. Maximize Technologies works across industries that include healthcare, non-profit, manufacturing and distribution to provide IT solutions that are affordable. World Source Tech builds great websites, and it offers marketing and lead generation services. The custom web designer works with everyone from real estate agents, salon owners and e-retailers to physicians and dentists.

This family-owned company started more than 60 years ago as an electrical contractor. Over the years, Windemuller has grown to provide design as well as technical services in every industry, including pharmaceuticals, healthcare, manufacturing and public works. You’ll find branch offices throughout Michigan in addition to satellite offices in Kalamazoo, Big Rapids, Petoskey and Whitehall.

This ISP blankets the Midwest with some 14,000 miles of lit fiber, covering eight states. Established 15 years ago, US Signal also provides cloud hosting, security services and disaster recovery, accomplishing its stated mission of “bringing a little Silicon Valley into the Heartland.”

New Horizons is an IT training company. Its 300 computer learning centers are located in 70 countries across the world and include several locations in Michigan, including Detroit (Livonia), Lansing and Troy. With its founding 30 years ago, New Horizons say they pioneered technology training and have never stopped.

The team at Appropos has a good sense of humor: CEO Jon Faber is described as “made out of old space shuttle parts,” COO Todd Slager is “an excellent saran wrapper,” and developer Jordon Biondo “formed, fully grown, one late Sunday afternoon when someone spilled orange soda in the Hadron Collider.”

Their aim is simple: To provide you with products and services that will make your business better. Examples of apps built by Appropros include CampSpot, a campground reservation system, and Envoy, a wholesale B2B platform. The two efficiency-obsessed entrepreneurs who founded Salespad were on a dual mission in 2003: To increase their clients’ business productivity through software solutions and decrease the cost of operation. SalesPad works with small business owners and start­ups who need to grow their functionality or user base.

Founded by Daniel Morrison a decade ago, this Michigan-based software development consultancy is made up of a small team of programmers, guys who get all excited about embedding SVG in CSS. They work to make their clients more productive by finding solutions that “go beyond code” and solve real problems, whatever size of company (or problem) that might be. Collective Idea also provides workshops on various software development topics.

Kickstand is the business arm of Edify, software described as an “individualized learning management system” (iMLS). In a Rapid Growth article about the ed-tech startup, co-founder and principal Tom Bieniewicz makes no bones about the fact that their Edify software is intended to change the world of education as we know it.

If you’re a small or medium-sized business in West Michigan and need an IT provider, or if you’re considering a hardware upgrade, Holland-based Worksighted can help. Providing complete IT management and support to businesses throughout the area for the past 15 years, the company (with satellite offices in Grand Rapids and Lansing) tells its customers: We’ve got your back.

The team of developers, designers and digital specialists at BizStream say they’ll not only increase your productivity but also give you peace of mind. Founded in 2001, the company specializes in Kentico, Sharepoint and other content management systems, and does business “with a sense of smart, geeky fun.”

Bringing the Internet of Things to the heavy equipment industry is Modustri’s goal. The company was founded specifically to provide digital diagnostic tools for use in the field by heavy equipment operators so owners can track wear and act immediately when a vehicle requires maintenance. In the summer of 2015, heavy equipment juggernaut Caterpillar announced it had entered into a strategic alliance with Modustri. One expected benefit to local talent: Modustri needs to grow its team of engineers, developers and designers by 200% quickly. 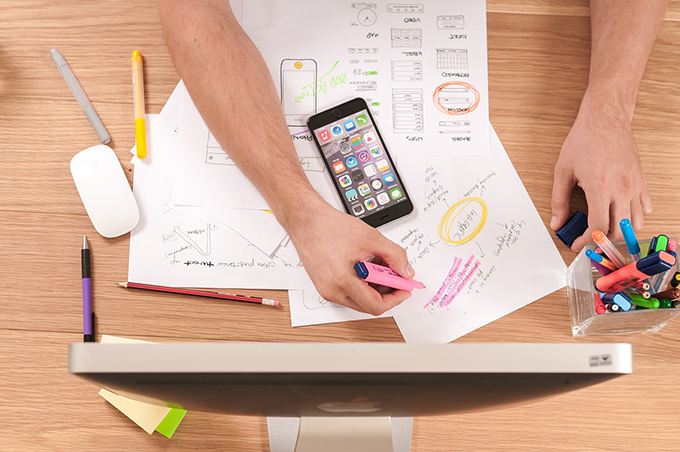